Alcohol vs. Cannabis: Melodrama or Munchies?

We’ve all made bad decisions, right? Seriously, in this day and age, who hasn’t?

Whether you’ve run a red light, littered when nobody was looking, or recently found yourself saying, “I swear I don’t know any Tracy and have no idea why she’s calling so late…” every single one of us has made a mistake or two somewhere along the line. Some more than others, of course, but it’s a universal truth that connects us all. It was the late, great philosopher Alexander Pope who said it best, “To err is human.” 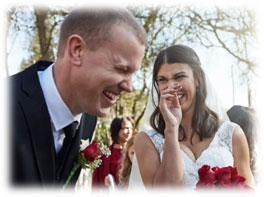 Those of us who enjoy partaking in the recreational use of mood-enhancing treats like alcohol or marijuana could probably link mistakes we’ve made to a time when we were drunk or high (or both for the real go-getters). We can agree, however, that not all bad choices are created equal, right? 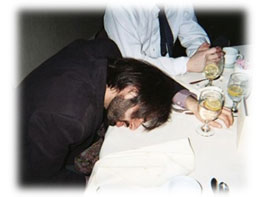 Let’s go on an adventure, shall we?

You’re at your cousin Brenda’s wedding. Brenda’s marrying Tom. The wedding is at a large country house with a bunch of ritzy folks you’ve never met, at the demand of Tom’s mother, Linda. It’s rumored that Brenda hates Linda, and apparently Tom doesn’t want to be involved in the feud at all. Whatever the case may be, it’s messy, and you don’t really care either way.

You’ve never been close with Brenda and you don’t really want to attend. But the food is supposed to be incredible, and you’re staying in a nice hotel with a jetted tub, so whatever, right? Plus, you came prepared…

You ate some high-quality edibles after breakfast on the train. Then, you smoked a little more right before the wedding, just to try and make this sure-to-be saltine-equivalent-event a little more palatable!

Unfortunately, the reception blows. The food was terrible. The catering company mixed up the order with another event, a very fish and veggie friendly event. Linda spilled wine on the DJ booth, so now the only music comes from Brenda’s “Pre-Game Party Pants” playlist.

Your mouth is so dry but you can’t get to the bar for water because Linda’s high-flouting friends flock to it like there’s a Chardonnay fountain right out of reach.

Oh, right, and now the edibles are kicking in… much later and much stronger than expected. Whoops.

As you’re becoming more aware of every nerve in your body and every other person in the crowded house, you look for a quiet corner where you can just…chill out for five minutes…

You are momentarily distracted from the sound of your own heartbeat when you feel your phone vibrate and you check the alert. Your delivery driver is five minutes away.

“Nice,” you think as you remember spending $58 dollars on delivery tacos after tasting the “scallops.”

Heading outside to meet the driver is a nice distraction from the preceding moment, and you smile when you see his car pull up. Your driver, Moe, gets out with a big ol’ bag of glorious, fresh tacos just for you. Finally, something to eat! Hopefully, it will help sober you up a bit too.

Moe takes one look at you and gives a hearty laugh and a knowing nod. It’s pretty obvious that you look stoned. You talk for a few minutes before Moe has to get back on the road. You wave goodbye and start to feel the bottom of your taco bag getting a little damp from the warm weight of the future fiesta in your mouth.

You turn to head back inside and think to yourself, “I would absolutely hang out with that guy if I lived around here. What a nice guy!”

And the plot thickens…

As you begin to retreat back inside, inspecting your bag and cursing yourself for forgetting to request hot sauce, your calorie-consumed concentration is interrupted by Brenda’s angry screams.

You look up to see the bride storm into the front yard, hair amess, makeup running like it’s being chased, and there’s a large red stain on the front of her prized designer wedding dress. Uh-oh.

Linda staggers closely behind, mumbling something that looks hateful, her wine sloshing over the rim of her glass. Last, but not least exits Tom, carrying a half-empty bottle of scotch. You find this odd, because Tom usually doesn’t drink. Double uh-oh.

Instinct tells you to run. You wield mere tacos and are not adequately equipped to fend off aggressive inebriated questions that are sure to follow—

“Did Brenda’s playlist have too much Rihanna?”

“Who was responsible for the food mix-up?”

You quickly flip around and decide to find a shady tree to shield your meal when the bottom of your delivery bag gives out. Ground beef covers your shoes and you see two hot sauce packets the server must have tucked in for you, just for good measure. For a fleeting second you wonder if Moe did it, but then you remember the mess.

You waited too long and the steam from your once-delicious taco feast was too powerful.

As silly as the above story may seem, various forms of the same story become all too frequent when you choose to party a little too hard. While having your wedding ruined over drunken arguments and ruining your too expensive dinner were both outcomes of influenced decisions, one set of choices has more severe consequences than the other.

There are a lot of negative stereotypes surrounding people who enjoy alcohol and people who enjoy using cannabis recreationally. A lot of these stereotypes center around the idea that users are lazy, irresponsible or even dangerous. These images are often reinforced in the news media, entertainment industry, and the advertising all around us.

There are downsides to consider when using either substance, but there is a pretty clear distinction between the way that alcohol and cannabis each affect our decision-making abilities. For all intents and purposes, cannabis is considered a much safer, healthier option for recreational engagers. In addition to being a less harmful option overall, you are less likely to make decisions that put you in a seriously dangerous position like:

Sure, you can still encounter mishaps when you’re stoned. You may forget where you left your keys. You could order too much takeout. Depending on the strain, you could even wake up to a new kayak on your doorstep, because overnight shipping seemed like such a steal last night when you were huddled over ice cream at 2am…

The point is, there are some pretty serious risks that come with alcohol consumption, especially for your health.

The Downside to Drinking

Enjoying a sip of wine every now and again isn’t likely to cause you any serious damage. Long term alcohol use, however, even as a moderate drinker, can lead to some pretty nasty side effects including:

When compared to cannabis, alcohol consumption is far more dangerous and has a very high risk of being deadly. Studies consistently conclude that alcohol has one of the highest overdose potential of any drug, even concluding that booze is 114 times more likely to cause an OD than cannabis.

The safest way to consume cannabis

Cannabis is most commonly consumed by smoking it. Smoking devices are often the most easily accessible and most well-known option for many cannabis users. Unfortunately, smoking marijuana has still been linked to lung cancer. Just as smoking tobacco does, inhaling marijuana smoke can also cause damage to the mouth, gums and throat over long-term use.

Edible cannabis is the second most popular way to enjoy the benefits of the prolific plant. From the classic “special brownie” to modern-day cannabis cuisine, we’re seeing the industry and options available for edible cannabis explode. The downside to edibles: they can take an awfully long time to really kick in. Many users end up taking too much because they don’t feel the effects after some time, eat more, which can lead to an unfortunate and stressful experience

WEED WINE: The Next Frontier

For folks who are looking for the quick-acting effect similar to alcohol coupled with the relaxation and euphoric properties of cannabis, then you’re in luck! There is a process called nano emulsification that, to put it simply, allows the extraction of THC from marijuana via droplets and then shrinks the droplets. The droplets become water soluble and can then be absorbed through your intestines, like alcohol, increasing the speed of the effects of THC in your body!

Sweet Dreams Vineyards took note of this technology and decided to use it to change the ganja game! They created Cannabernet, a drinkable cannabis product that provides the desirable effects of cannabis that is similar to an alcohol-based wine.</p.

As an overall healthier option, Sweet Dreams Vineyards has revolutionized the market by creating a completely new cannabis option for users who:

●Are tired of hangovers!
●Don’t want to sit around for hours to feel the effects of edibles!
● Aren’t comfortable with the risks associated with smoking!
● Are looking for product options that offer different strengths!
● Are looking for a delicious beverage with health benefits too!

Cannabernet is made from pomegranate and blueberry juices which are considered “superfoods” due to their myriad of health benefits. These fruits are nutrient powerhouses, antioxidant superheroes, and can even help lower blood pressure and cholesterol.

If you’re ready to give “weed wine” a try, check out Sweet Dream Vineyards to find a location near you!

We would be delighted to discuss with you the requirements for bringing Sweet Dream Vineyard products to your location or dispensary. We’re always looking for new opportunities ourselves. We thought about popping up a form at this point for you to complete, but that seems too impersonal. Instead, just call us at 800-420-8709

Sign up now and we will send you a 20% discount, Eligible at any of our partner locations.